Siddharth Sidd Mahajan embarked on a professional journey with a humble beginning and rose to immense heights of success with an undying devotion to the business he set up. Tulip Hotels & Real Estate Ltd. was established in 2011 to offer serviced apartments to travelers looking for long-term accommodation options in the UK. Sidd Mahajan first transformed his personal properties into HMOs to gauge if the concept was feasible. The outcome was amazing. The response received from customers was strong enough for him to take the business one step further and he thus invested in several properties to be let out as serviced apartments. These apartments were fully functional and fully equipped with gas, electricity, water, cable, and internet connections making the process of house-hunting easier.

In a short span of 9 years, Tulip Hotels and Real Estate Ltd. came a long way as today it stands at 40 Million Assets of which 26 million are in lending and 14 million in equity. The company receives £220K rentals of which £130K is deducted for monthly mortgage payments. It is one of the first few companies to implement and get 50 HMO Licenses in the Redbridge Council. 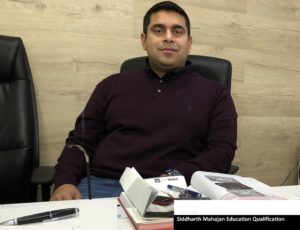 Today, he is one of the richest businessmen in the realty sector under 40 years of age. Siddharth Mahajan reached this mark solely owing to his hard work, determination, a fiercely supportive team, honesty, and integrity.

As luck would have it, Shepherd Bush emerged victorious as the Best Luxury Boutique Hotel of the Year. This was a spirit booster for Mahajan and the first of many awards he went on to receive. Shepherd’s Bush also won the Boutique Hotel of the Year by the Corporate Insider Business Excellence Awards 2018. Corporate Insider is the most influential corporate news site with a deep focus on the Mergers & Acquisitions, financial, law, and accountancy industry verticals.  Attaining an Honor by Corporate Insider acknowledges and appreciates the strides companies are making in their respective fields in terms of innovation and growth.

Awards and Honour all over

In 2017, Mahajan was nominated as the NRI of the Year Award by ICICI Bank London. The NRI of the Year awards contributes directly to the objectives of the Indian Government of engaging the Indian diaspora abroad. As for the diaspora, the awards bridge a yearning close to every NRI’s heart – that of “recognition from their homeland”.

The NRI of the year awards is the ultimate glory of India. The awards are conceptualized as a platform to recognize and accolade Indians who have made their mark on foreign shores, and thus inspire millions back home to hone their skills and chase their dreams. The awards are open to NRIs, PIOs & OCIs residing in USA & Canada, United Kingdom, Middle East & Asia Pacific.

Although Mahajan didn’t win the award, being nominated in the category was an accomplishment in itself.

Thereafter, a big test to his temperament came in the form of notices to three of his properties in London, which the authorities claimed were lacking appropriate licenses. Siddharth Sidd Mahajan defended himself in the court of law stating that it was the duty of the authorities to verify his documents and let him know in case of insufficiency. He also submitted before the court that he was a law-abiding citizen and that if his business was, in fact, illegal, then how was he given all the permits and licenses to run it for so long. Mahajan sailed through this storm of tough times with resilience and opted to pursue a course in journalism while also teaching mathematics when he was restricted by law from running his business for four months. These tasks helped him retain focus and fight for justice.