I was born in India on 14.1.81 and am aged 38 years old. I completed my education in India and obtained a degree in hotel management from India at the Oriental School of Hotel Management. Worked in multiple Top class Hotels till 2013 and Founded Tulip Real Estate in 2013-14 and till now Tulip real estate is London's one of the top companies which provide Home stay to people.

In 2011, Siddharth Mahajan London fashioned a company to deliver Serviced Rooms and Short-Lets services covering the prime London business districts of Canary Wharf and Stratford areas. The business was established with an initial inventory of 9 Apartments comprising of 30 X Service Rooms on various leases. Tulip Real Estate London. received an overpowering response during the 2012 Olympics and the company hasn’t looked back since then. After a very successful stint in the first year of business, the company acquired 23 additional apartments on lease by May 2013. Furthermore, the Tulip Team expanded by bringing onboard administration executives and cleaners to provide great services to all the tenants.

With the increase in demand, the company started acquiring 4-5 HMO Bedroom Houses on leases and started letting out serviced rooms on short notice. The standard of services provided in these apartments was always a highlight in the tenants’ reviews and satisfaction surveys. In 2016, Tulip Real Estate London added Mansﬁeld Road Block and Gants Hill Block to its kitty to increase its portfolio. Eventually, the Tulip Team underwent more expansion by adding more professionals for the management of the operation and attainment of various blocks to extend the growing model. The real estate company also acquired more residential blocks for rental purposes as well as New Build residential development sites before turning into the epitome of success it is today.

House prices in London have displayed the first signs of market recovery. In inner London, house prices grew in the year right up to November 2019. In outer London, while the annual house price change continues to be negative, the rate of decline appears to have slowed down. House prices showed an increase in all regions, except the East of England where prices decreased. House prices seem to be stabilizing in London and the South East after falling in 2018 and 2019. Prices in inner London were falling since January 2018, but the rate of decline slowed down in the second half of 2019, which was the first indication of market recovery.

Planning approval figures mostly remained stable during the first half of 2019. Figures from the Home Builders Federation (HBF) showed that 76,290 homes were granted planning approval in London in the year to 2019. This is up by 7% from the previous year and has been calculated as the highest annualized approvals figure recorded for London. In stark contrast, England has exhibited a 1% low in annualized housing approvals compared to the previous year.

There were 40,840 new mortgages advanced to first-time buyers in London in the year to Q3 2019, which when calculated is 0.9% up on the number of loans advanced in the previous year. It was observed that first-time buyers took out loans averaging 3.8 times their income in Q3 2019 (UK Finance). The number of loans to home movers in London was 26,790 in the year to Q3 2019, which showed a downward slope at 3.1% in the last year. Home movers took out loans which added up to 3.8 times their income.

The volume of transactions remains restrained owing to historical standards and, in particular, home mover mortgage lending is low lying. However, more agents reported an increase in new buyer inquiries in London in December 2019 than at any point since 2015. An RICS survey data indicates that the years of inventory held by surveyors and the number of years required for selling all properties at the current sales rate – decreased in London in Q4 2019 to 1.2%. This is the lowest level it has reached in two years but is still higher than the level observed in the year 2008. The surveyors’ price expectations improved noticeably in Q4 2019 and showed a positive graph for the first time since Q4 2016. London surveyors have reported that buyer confidence has shown improvement after the general election and there has also been more clarity around Brexit.

My second job in London is in Canary wharf as the Hotel Operations Manager.

This is my first job in London at Amba Hotel where I commendably managed 692 Rooms.

This is my first job and I was the first student from college to get campus placement in The Oberoi Rajvilas, Jaipur. 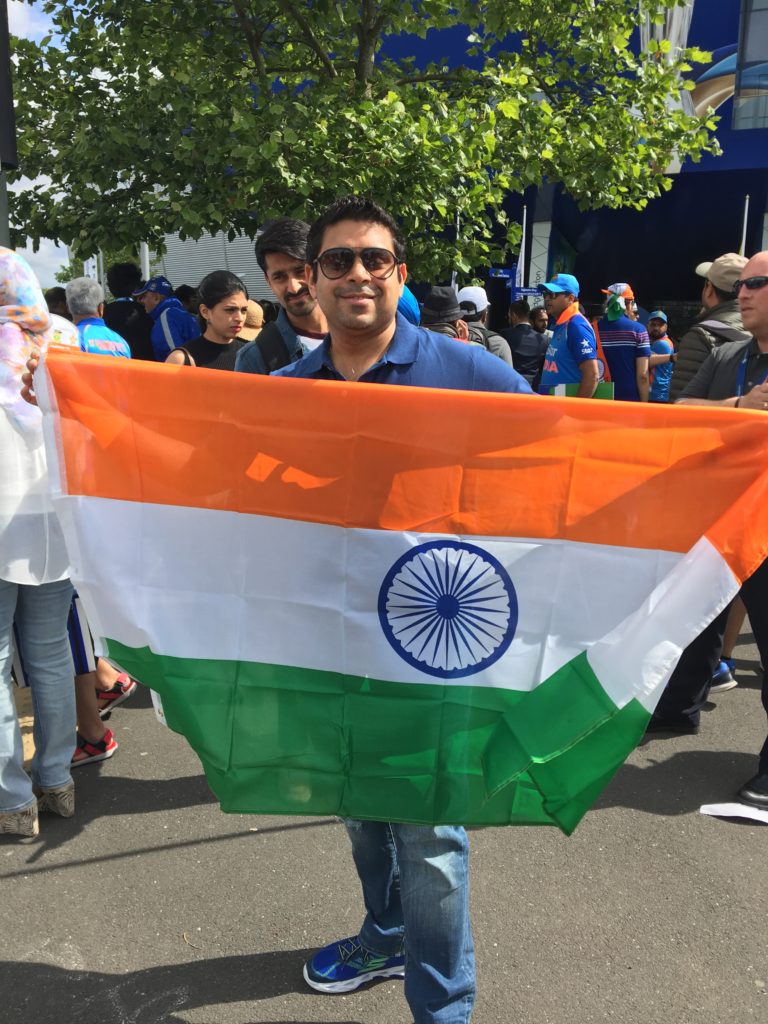 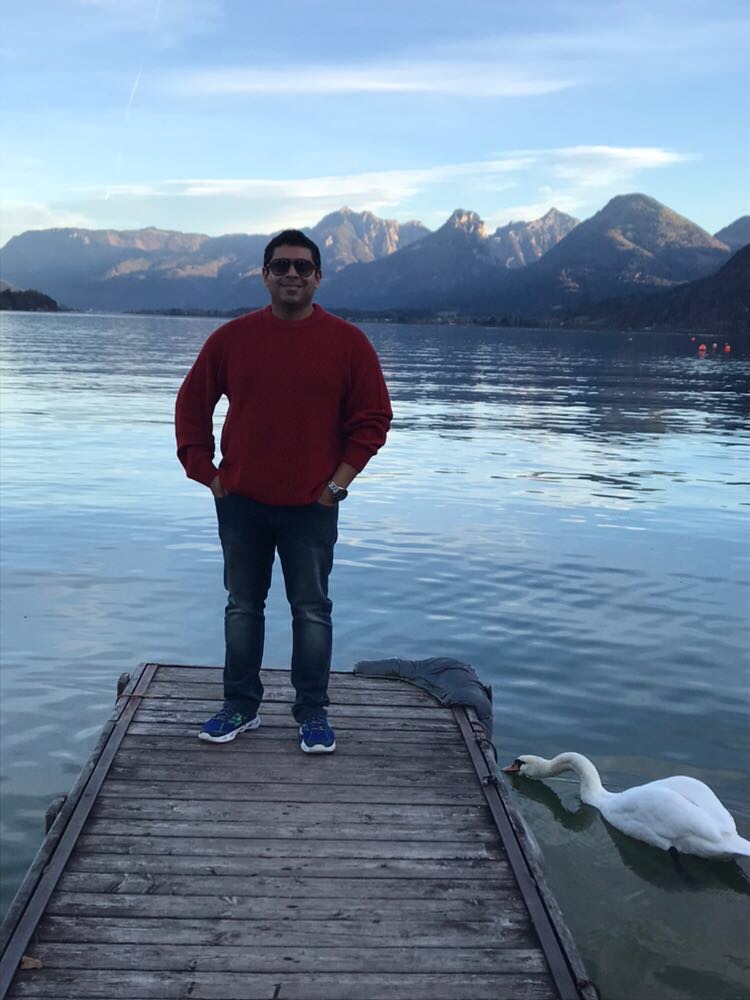 How Siddharth Mahajan paved his way towards Hospitality and is now a renowned owner of Tulip Real Estate UK? 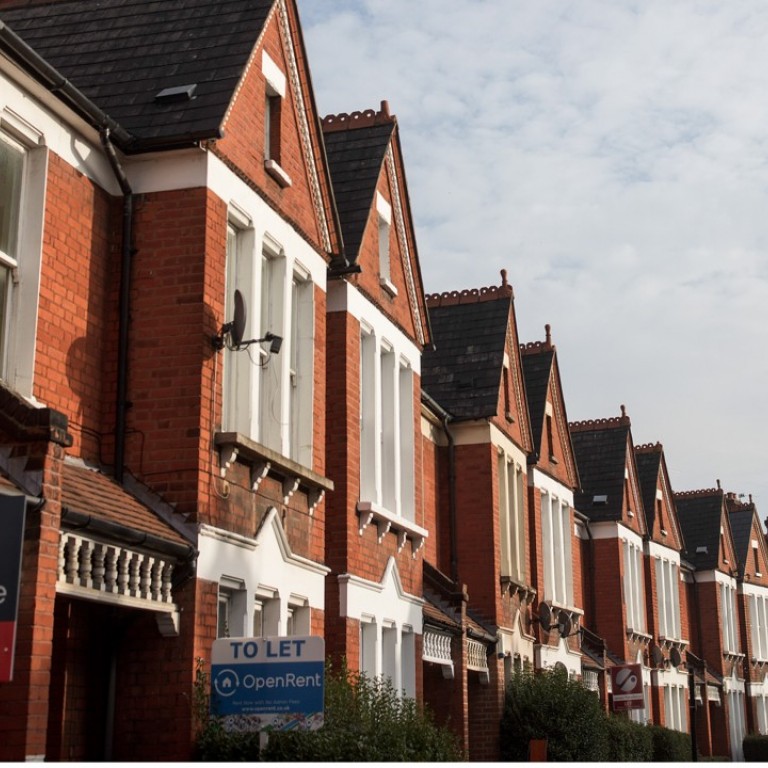 As an HMO landlord, you should already be advising your tenants to keep up-to-date with government guidance on dealing with COVID-19. The essence...

UK based Indian entrepreneur Siddharth Mahajan pursued his dreams that led him to London and rendered him successful in the hospitality...

Siddharth Sidd Mahajan embarked on a professional journey with a humble beginning and rose to immense heights of success with an...

Born and brought up in India, Siddharth Mahajan London is a young nascent mind who zealously pursued a career in the hospitality industry and travelled across oceans to find the right direction for his passion.

Mahajan completed a Bachelor’s degree in Hotel Management from Oriental School of Hotel Management, Kerala and 3 years International Diploma in Hospitality from American Hotel & Lodging Association in Honors.  He was the first student from college to get Campus Placement at Oberoi Rajvilas, Jaipur. He joined the Rajvilas in 2002 (6 months before he had finished his degree) and returned to college in April 2003 for his final semester. His stint at the luxury hotel lasted 2 years and earned him great appreciation for his sincere hospitality services. This marked an extraordinary beginning of Siddharth Mahajan’s career.

Subsequent to this, Mahajan moved to London and began working for various hotels while carving out a career path in his mind. He decided to launch a company- Tulip Hotels and Real Estate Ltd. - that would lease apartments to travelers and offer them the perfect home stay options that would be more reasonable and comfortable as compared to hotels.

Family of Siddharth Mahajan in London

Mahajan’s family comprises of his wife, Nikkita Mahajan and two children Aarav and Tulip of age 7 and 4 years respectively. Nikkita Mahajan studied in St. Sebastian School, Mumbai and then completed her Master Degree in Food Technology from Somaiya College, Mumbai .The duo met in 2008 and tied the knot in 2009. Soon after the wedding, Nikkita moved to London with Siddharth where she worked as a Food Auditor for Ferndal Foods – one of the top ten food companies in the UK. Three years later, in 2012, the couple welcomed their first born, Aarav. Their daughter Tulip was born in 2015.

In a short span of 9 years, Mahajan’s establishment flourished and made him a successful young Indian entrepreneur in the UK. With close to 15 years of experience in developing homes with premier facilities, Mahajan’s real estate activities now involve an aggregate value of Assets worth 40 million pounds in London. Tulip Hotels further aims to develop as a private, diversified property group, active in the UK in several segments, aligning the market scenarios and people’s preferences with its objectives. Mahajan is determined to expand Tulip Hotels by geography, sector, property activity, operational capability and management team.

Siddharth Mahajan envisages his business to be known for strong financial performance; excellence in quality of design and service delivery; and for the long-standing impact of the company’s values on what they do and, in particular, how they do it.

With intense focus on these aspects, Tulip Hotels uses its capability as asset managers of existing property, as designer and contractor of new projects, as operators of hotels and venues, and as fund managers of investment to create high-quality properties for people to enjoy and covet.

Today, Tulip Homes not only offers service apartments but has also forayed into the hotel industry in addition to construction and refurbishment of houses. These developments are part of Siddharth’s vision to offer a wide gamut of quality housing services to the UK community.

In a short span of 9 years, Mahajan’s establishment flourished and made him a successful young Indian entrepreneur in UK. A lesson and inspiration to most professionals starting their career, Siddharth Mahajan is an individual one can learn a lot from.

Encourage and Inspire: Be encouraging of learning, planning, taking risks, being creative, resilient, and tenacious. If you want to grow, ensure your team grows with you. Siddharth Mahajan in London believes a company’s growth depends on the collective effort and growth of its employees. No one succeeds in business alone, and those who try will lose to a great team every time. Build your own great team to bolster your success.